Why Being It’s the Best Way to Become Number 1

We once had the occasion to work with a station in market 200+ that we helped put on a niche format. The station is part of a cluster in a market that has fifteen competitive rated signals, plus an additional ten stations that show up listed below the line. Communication between the station and our company was regular, and the relationship was, by all accounts, great.

When the Spring ratings came out, we were elated to learn that one of our stations had achieved extraordinarily strong results in its debut book with our programming. The station had excelled in its target demos! It was #5 with Adults 25-54, #2 with Women 25-54, #3 with Adults 35-64, and #2 with Women 35-64. Very impressive indeed for a niche format!

Unbeknownst to us, the station did not have the expertise in selling their product in the local market. They changed format just after the release of the Spring book. Disappointing? You bet. What should have been a champagne-uncorking experience for everyone suddenly became a big downer. Did I mention that format changes are expensive?

Many people have the attitude, that if you can’t be number one, who cares if you’re number two or number ten? You still aren’t the winner. Vince Lombardi once said, “There is no room for second place. There’s only one place, and that’s first place.” That may be true in sports, but it’s certainly not true in business. You have to consider what can happen in the future. In sales, if you don’t get the order, shoot for runner-up.

Here’s another industry that applies the Law of Large Numbers: direct mail. How many pieces of advertising do you receive each day? Companies keep sending mailings because they know a certain percentage of us will buy their products or services. Telemarketing works on this same principle. Out of all the calls a telemarketer makes, a certain percentage will respond positively.

Avis, the giant car rental company, had a slogan that focused on the importance of being second: “We’re number two, so we try harder.” It was primed for Hertz to stub its toe. After 50 years, Avis changed its slogan to “It’s Your Space”, now it’s dropped to number 3 behind Enterprise and Hertz. 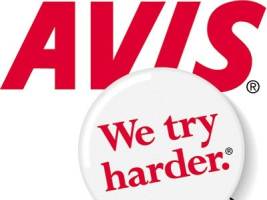 If you’re in sales, apply the Law of Large Numbers to your prospect list. Position yourself as number two to every prospect on your list and keep adding to that list. If your list is long enough, there are going to be number ones who retire, are fired, or lose their account list for a hundred different reasons and fall to the Law of Large Numbers. The only thing you don’t know yet is who.

But fortunately, as in the insurance business, “who” doesn’t matter”. What matters is that you have perseverance and patience to position yourself as number two to as many prospects as you can on an ongoing basis. The Law of Large Numbers will do for you what it has done for the telemarketing and insurance industries: it will make you a successful and rich salesperson. If you’re standing second in line in a decent number of lines, sooner or later, you’re going to move up to number one. The amazing thing is that not too many people ever use this strategy.

In sports and in life, being Number 1 is always a good thing! Sometimes, being Number 2 isn’t such a bad thing. Oh, and did I mention that format changes are expensive?

For nearly a decade, Radio Consulting Services has provided programming, music, marketing and promotional direction to stations all over the United Stations and Canada.

For more information on how Radio Consulting Services can help your company gain more listeners, achieve higher ratings and grow revenue, contact us.